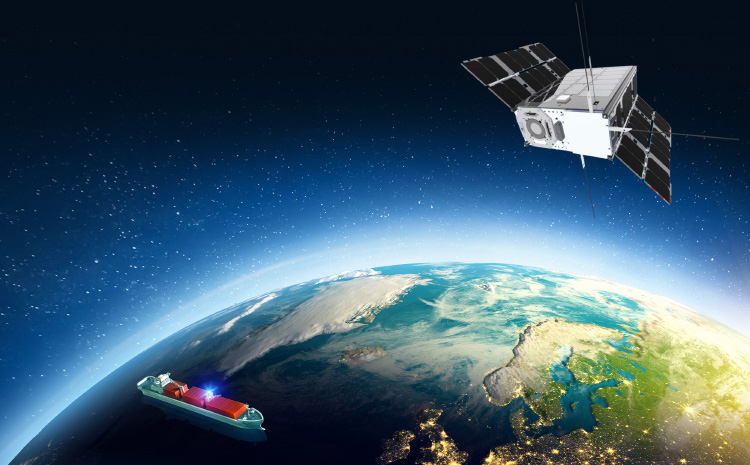 The Government has signed a deal with a British company to use data from a next-generation satellite capable of tracking illicit ships as part of efforts to improve surveillance of coastal waters.

At some point on 18 August this year one of the reusable SpaceX rockets dreamt up by billionaire Elon Musk will loft into the skies above Florida bound for the International Space Station. Among its payload of cutting-edge technology will be a shoebox-sized spy satellite which represents Britain’s entry into a burgeoning new world of cut-price surveillance spacecraft.

The IOD-3 Amber “cube sat”, which measures barely 35cm long and 20cm wide and has been developed by a small British company called Horizon Technologies, is one of a new breed of highly compact intelligence-gathering satellites that seek out the faint signals emitted by the navigation radars and radio wave communications of ships operating clandestinely around the world – or, more specifically, in Britain’s coastal waters.

The data gathered by this orbital oblong, which is partly funded by the British government, will be beamed to a collection of nondescript brick buildings in the Portsmouth area which house the National Maritime Information Centre (NMIC) – a multi-agency body comprising organizations from the Royal Navy to the National Crime Agency to Scotland Yard’s SO15 counter-terrorism branch –  which is responsible for tracking maritime threats facing the UK at home and abroad.

© 2021 AMBER™ All rights reserved. All trademarks are the property of their respective owners.
We use cookies on our website to give you the most relevant experience by remembering your preferences and repeat visits. By clicking “Accept”, you consent to the use of ALL the cookies.
Cookie settingsACCEPT
Manage consent

This website uses cookies to improve your experience while you navigate through the website. Out of these, the cookies that are categorized as necessary are stored on your browser as they are essential for the working of basic functionalities of the website. We also use third-party cookies that help us analyze and understand how you use this website. These cookies will be stored in your browser only with your consent. You also have the option to opt-out of these cookies. But opting out of some of these cookies may affect your browsing experience.
Necessary Always Enabled

Any cookies that may not be particularly necessary for the website to function and is used specifically to collect user personal data via analytics, ads, other embedded contents are termed as non-necessary cookies. It is mandatory to procure user consent prior to running these cookies on your website.